After the releasing of Huawei E5786 – World’s first LTE cat.6 mobile hotspot, Huawei introduced two new LTE Cat.6 mobile routers Huawei E5885 and E5787 last year for LTE advanced networks. Then here comes the question: why did Huawei present two new LTE Cat.6 mobile hotspots almost at the same time? What’s the difference between Huawei E5787 and E5885? Which one is better to buy if you want to buy one from the Huawei 4G Wireless Routers? In this article, we will compare the difference between E5887 and E5885 and you may find the answer.

Upgrading from Huawei E5786 4G Hotspot , Huawei E5787 MiFi is configured with a 2.4-inch touchscreen with two connectors for external antennas. So it’s also called Huawei Mobile WiFi Touch. The connector type is TS-9. The back cover of Huawei E5787 can be opened and the battery is removable for exchange. There is only one USB port, there is a USB 3.0 port.

Unlike the Huawei E5787, the Huawei E5885 does not have a touchscreen. There is only a small LCD screen to show the connection status. And there are also no connectors in Huawei E5885 for external antennas. The special feature of Huawei E5885 is that it has an Ethernet port for WAN & LAN connections. And USB input and output ports are available for power charging. With the interfaces, the WPS and power buttons are located. The back cover could be removed but the battery is built-in and non-removable. The features are very similar to its predecessor Huawei E5770 Mobile WiFi Pro. 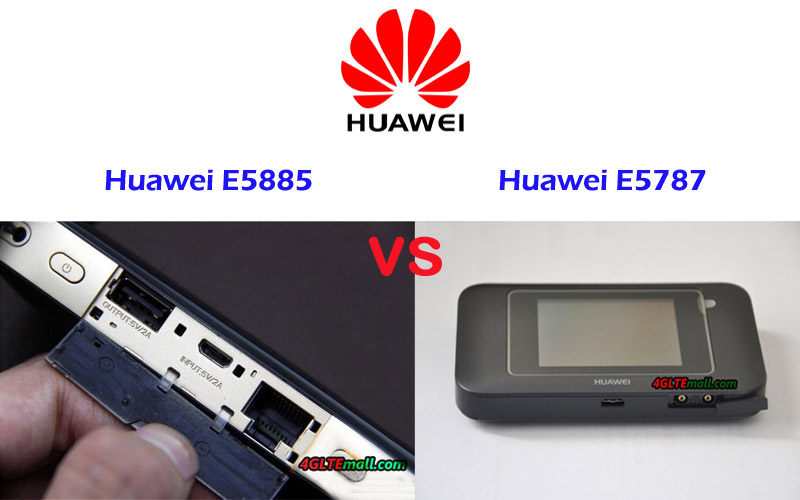 Huawei E5885 has an Ethernet port and USB input and output interfaces, but no external antenna connectors; Huawei E5787 has a touchscreen and two TS-9 connectors for high gain 4g antenna but does not have the Ethernet port. Then let’s have a look at the Huawei E5885Ls-93a  specs and Huawei E5787 Specs for a comparison: 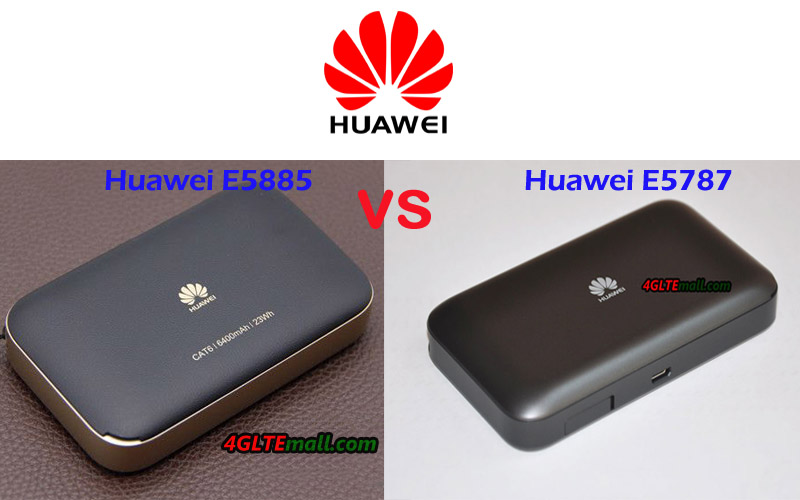 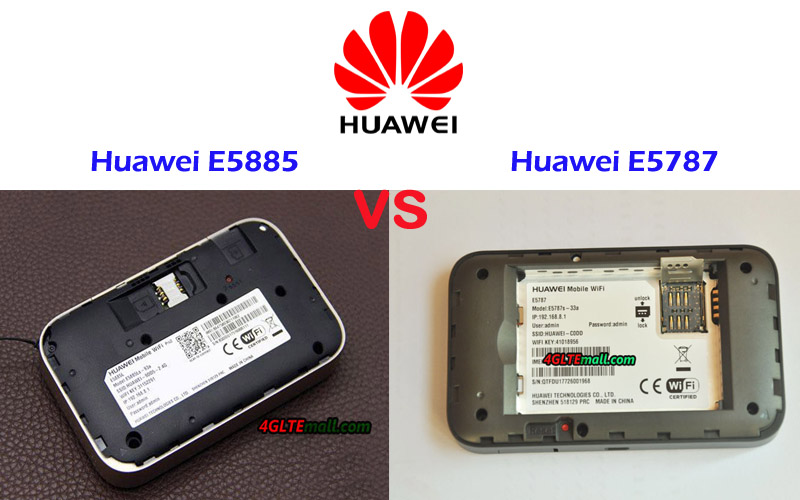 Here now Huawei E5787 WiFi router Has Two variant models while Huawei e5885 HAS only one variant model E5885Ls-93a. From the supported frequency bands, we can not tell which is better. It depends on the potential users ‘network providers’ networks. And Huawei E5885LS-93a seems to work with more network carriers worldwide. In our opinion, the Huawei E5885 seems to be more powerful and practical for users. What’s more, it has a better price than that of Huawei E5787. However, you need to decide yourself.