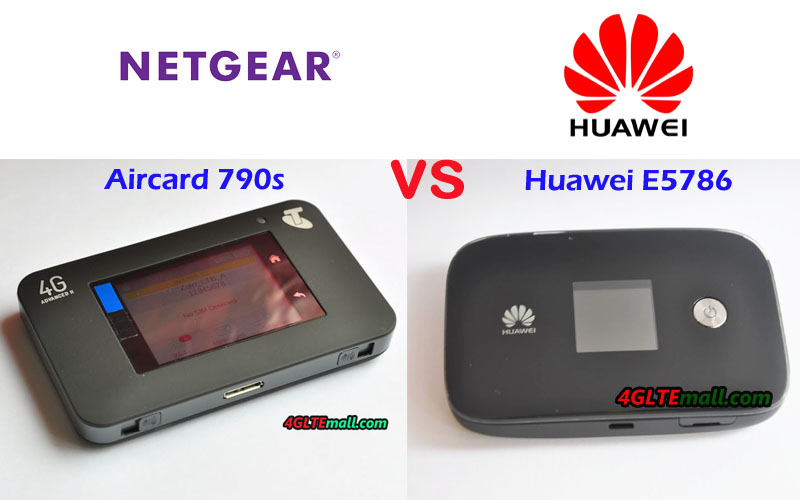 Huawei E5786 had been available in the market for more than three years. It has a small LCD screen to show the internet connection status. The power button is at the side of the screen. On the top side, there is a menu button while on the opposite side, the USB 2.0 and two connectors are located. The back cover could be opened but the battery is built-in and can’t be removable. The SIM card slot and SD card slot are at the side with Menu button.

The Netgear Aircard 790s router also has a 2.4-inch screen but it’s a touchscreen where a user can do the simple setting. Of course, users can also see the connection status through the screen. At the side of the screen, there are “Home” and “Back” buttons. The power button is on the top edge side while the USB 3.0 and two connectors for external antennas are located at the other side. The back cover could be opened but the Netgear Aircard 790s battery could be removed for exchange. They both use Micro SIM card size. 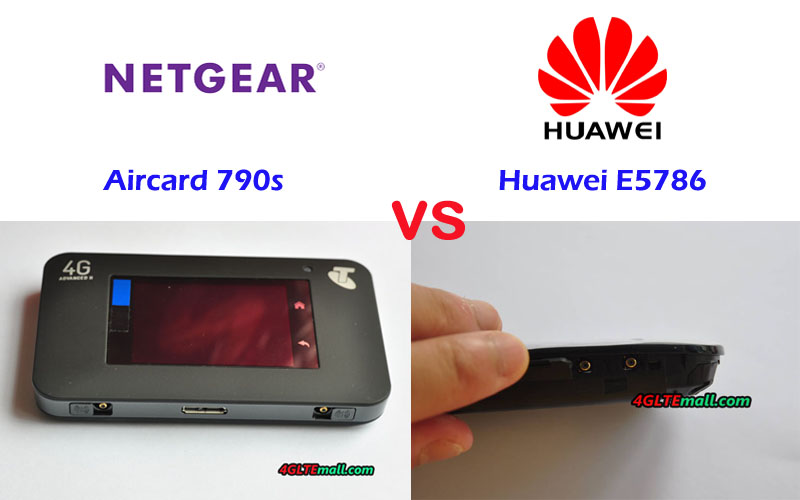 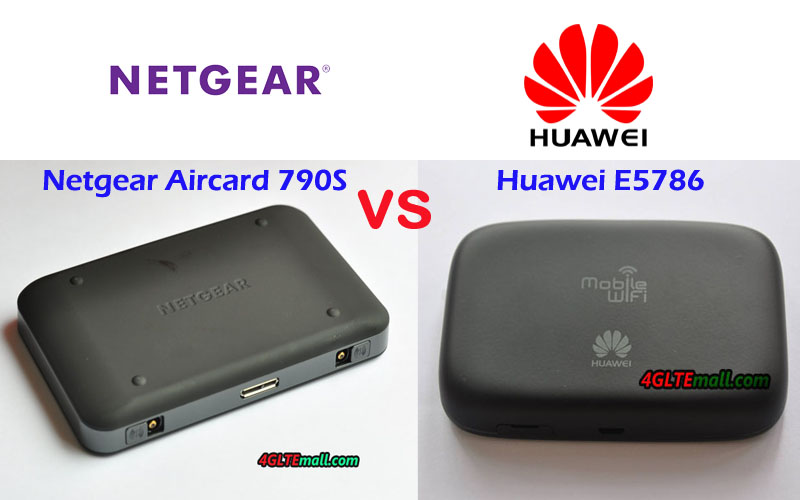 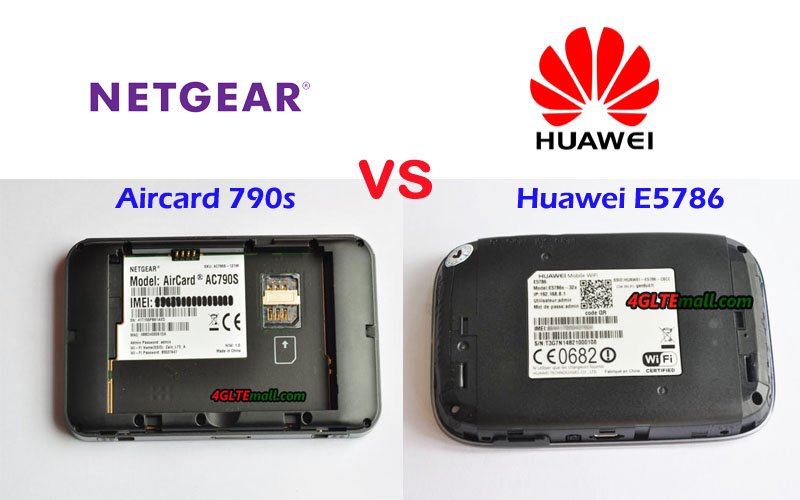