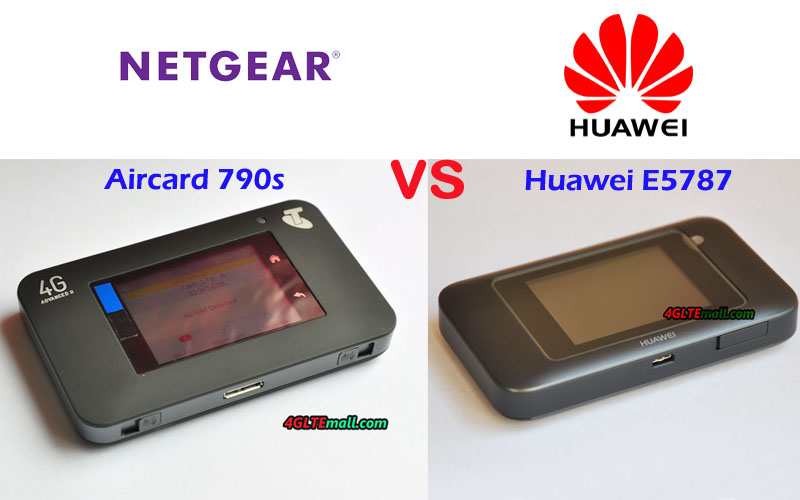 Like other Netgear LTE mobile routers, the Netgear Aircard 790s has a 2.4-inch touchscreen with two buttons at the side of the screen. The two buttons are “Home” and “Back”. The Aircard 790s may have Telstra logo around the corner. The power button is on the top edge side while the USB3.0 port and external antenna connectors are located at the opposite side. The back cover could be opened and the battery is removable for exchange. And Micro SIM card slot is available after removing the battery. 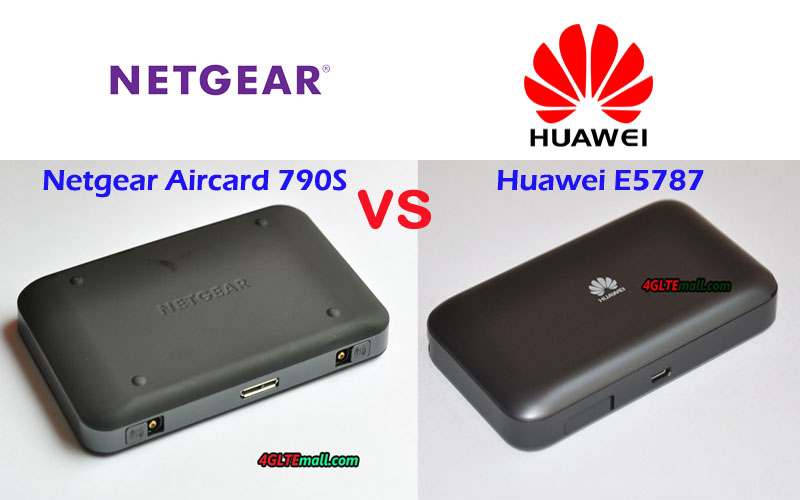 The latest Huawei E5787 also has a 2.4 inch touchscreen but no button on the front. The Huawei logo is below the screen. Like Netgear 790s , the power button is also on the top side, and the USB 3.0 and connectors for external antennas are available on the other side. The back cover could be opened and the battery is also removable. The difference is that the two connectors in the Huawei E5787 are located together and covered by a cap. The Aircard 790s antenna connectors are located on both sides of the USB port. Huawei E5787 also uses Micro SIM card size.

From the appearance, we can see the two 4G LTE Routers are very similar. Then let’s check the Huawei E5787 specs and Netgear AC790S specs to see the specs difference in the table: 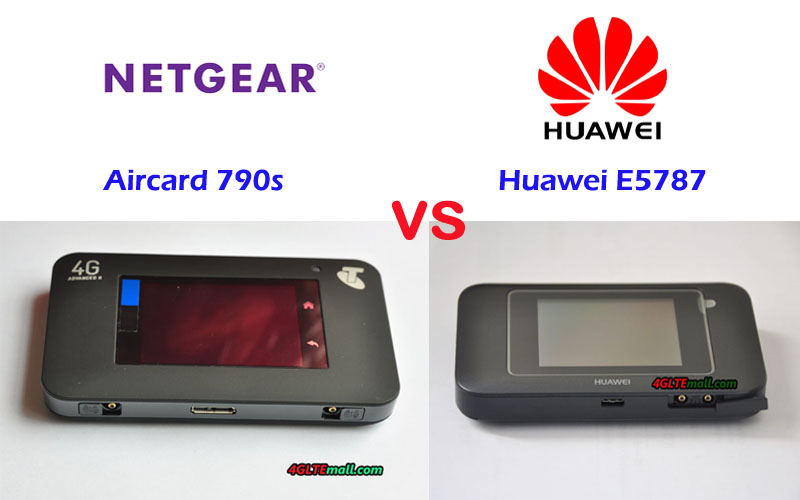 From the specs comparison, we can see the Huawei E5787 Mobile Hotspot and Netgear Aircard 790s has almost identical specs features. The main difference is on the variant models. Like other Huawei LTE hotspots, Huawei E5787 also has many variants for various network providers. LTE frequency bands worldwide. The Netgear Aircard 790s does not have many variant models. As we know, there is only EU version and Australia version. Then if you would like to have a mobile network, the Huawei E5787 may be better. However, if your network provider’s network frequency bands can be supported by Aircard 790s, and the Netgear AC790S would be better for you because of the same specifications, the Netgear 790S has a better price than that of Huawei E5787. 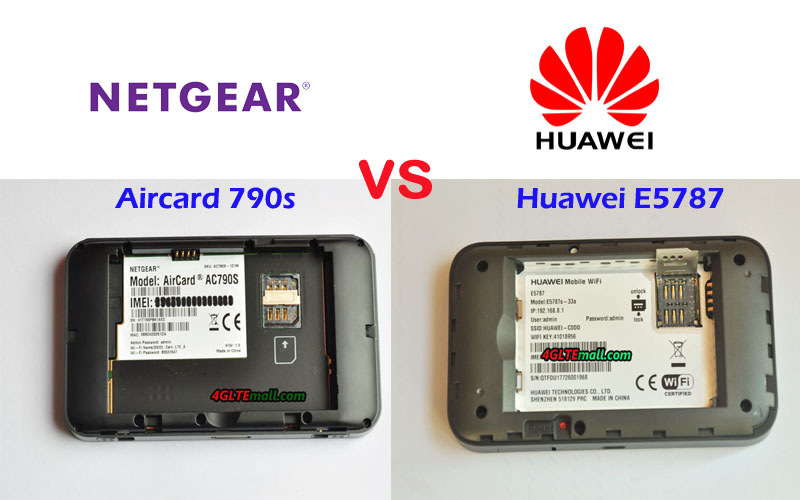